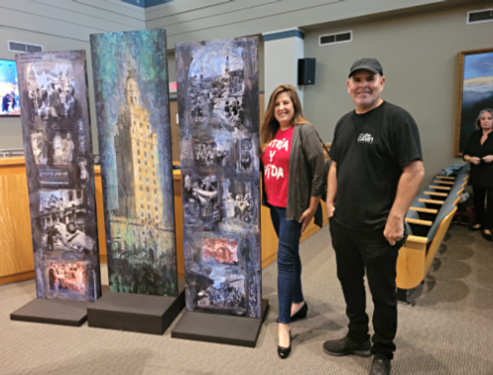 Back in 2010 DowntownMiami.com decided to throw Miami a 114th Birthday Party. We made it happen with a memorable celebration at the AAA featuring all the sights, sounds and tastes of Downtown Miami. Other unique Miami birthday celebrations soon followed, from a Brickell street concert to Movies at the park and museums. The one constant being the gift for Miami, an original art piece donated by an artist. That is how the Happy Birthday Miami Collection grew, artists capturing the essence of the moment creating an artistic chronology of sorts.

So Miami's 125th, that's a big year and we were ready to once again produce a unique event. Right away LA Sweetz was on board, ready to create another amazing cupcake tower, their gift for the occasion. We've always been able to gather Miamians eager to participate in this major pot-luck type of presentation. Miami restaurants bring their delicious tastings, beverage companies, performers and more that just like us want to give of ourselves in appreciation of Miami. We were getting ready for July 28th  when July 11th happened.

Just 90miles away a nationwide uprising, a communications black-out, and the massive, heartbreaking repression. We decided to honor Miami as we always have with a unique art piece that captured this moment in time. This year it would all be about the piece, knowing full well that Miami would understand because she knows how much what is happening in Cuba right now means to so many of us.

Artist Ismael Gomez Peralta in coordination with the American Museum of the Cuban Diaspora, created a 3 panel - two sided piece, one side features the Freedom Tower and the other side the Paramount WorldCenter, both iconic Downtown Miami buildings. The Freedom Tower represents for many of us the history, it was the buidling where newly arrived Cubans were first taken to be processed referred to as "El Refugio" (the Refuge).  The panel sides depict actual images of the rising and repression taking place in Cuba set with a captivating color scheme that blends the panels together. The Paramount WorldCenter has joined in solidarity with the Cuban people by featuring the Cuban flag along with the word "Libertad", a gesture worthy of being memorialized in this piece. 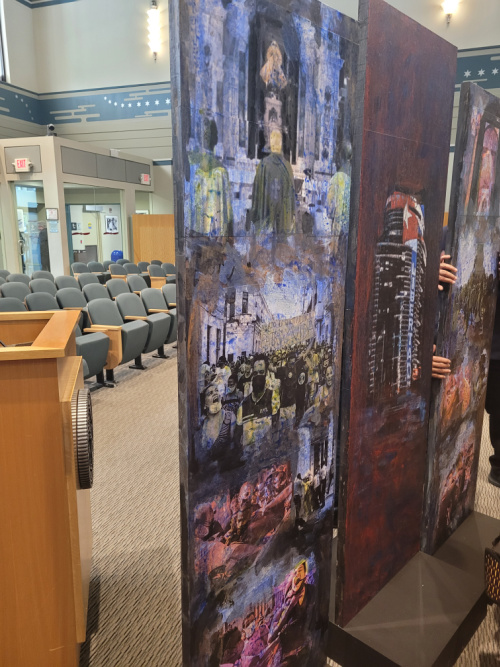 "Libertad-Partia-Vida" joins the art collection which will all be on display at the American Museum of the Cuban Diaspora located at 1200 Coral Way.