We recently had an important presentation to make about DowntownMiami.com and felt ultra-confident about our presentation. It was around 3am in the pre-dawn hours leading to the morning meeting that it hit me, “the origins” we had not included the “how” and most importantly the “why” it all began.  For the next couple of hours, I was tossing and turning in an immersion of self-reflection. You see, sometimes we do what just seems natural to us and not give it much thought other than to just “go for it”.  Pondering on that unexplainable driving force on a sleepless night before a big meeting can be very revealing. 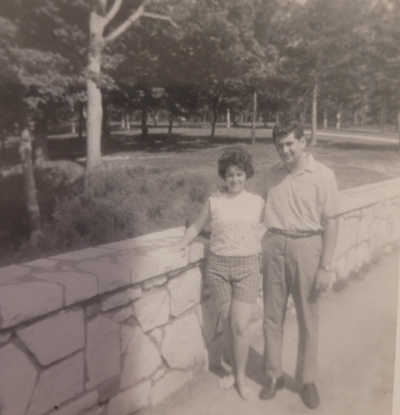 For starters, it was them, Silvia and Rafael Eduardo better known to me as Mami and Papi, they made the introduction. My father was in his last year of law school in Cuba when both him and my paternal grandparents were forced to leave Cuba and my mother soon followed, leaving dreams, and loved ones behind.  They settled in Miami where I was born a few years later, by then they were both working in the hotel industry welcoming others to the city that had embraced them.

Opened in 1968, The Four Ambassadors with its glistening white towers became one of Miami’s most iconic buildings. The front desk was like a theater to me, I would watch “backstage” as my parents and their friends in their elegant attire would interact with guests. “What is there to do around here?” was a commonly asked question to which they all had a ton of great suggestions. I grew up in this amazing atmosphere with the most incredible people, many of whom like my parents had abruptly left another life behind. My father worked at The Four Ambassadors all the way to the late-80’s and with my school always being close by those four towers became my second home. 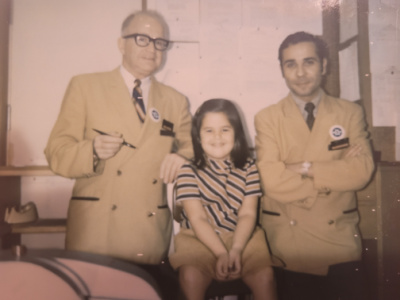 In the early 80’s my mother’s hotel career took her (us) across the Brickell bridge towards another Miami landmark. Opened in 1926, The Everglades Hotel was nestled in the heart of Downtown Miami’s Central Business District (CBD). At the time one could see the developing skyline while marveling at the historic buildings, plethora of stores, authentic tastes, and natural beauty. 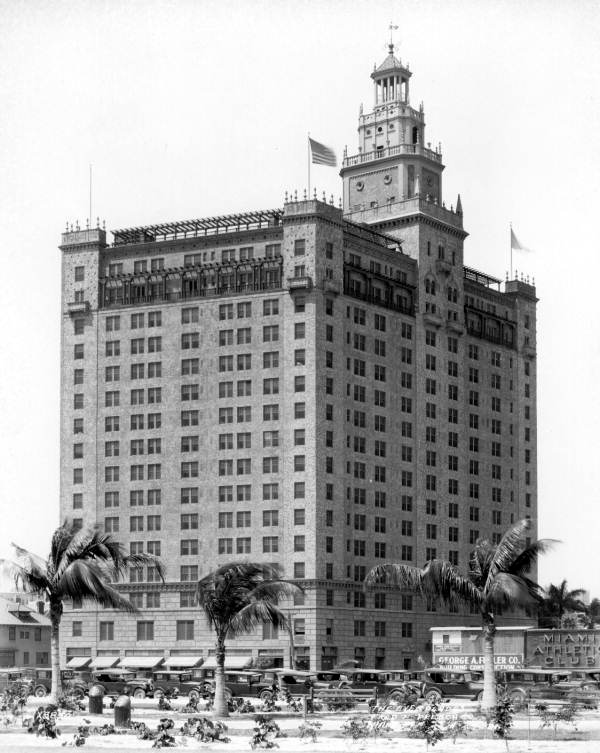 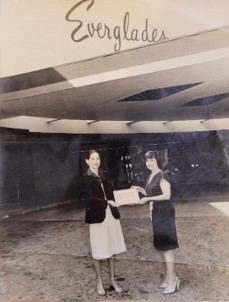 Then there was Marta Del Pino from the original Four Ambassadors team who went on to be Credit Manager for the Omni Hotel (currently Hilton). Marta was like family and is one of the strongest women I have ever known.  The Omni Mall which opened in 1977 was a big deal for Miami. There was a mega plex movie theater, trendy restaurants, shops and popular nightclubs. 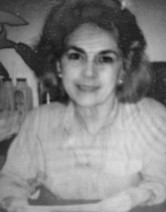 I realized that I have been immersed in that Downtown Miami + Downtowners combination from the very beginning. It was them, those beloved "Downtowners" for whom Downtown Miami's Freedom Tower had been their first stop after landing in their new home. They felt the magic in this city. I remember nightime drives to "el downtown", we just couldn't get enough of the buildings, each with a story to tell. Along the way that Downtown Miami skyline has grown and so have the Downtowners from all walks of life, each with a story to tell. 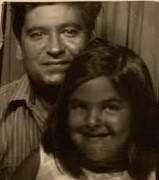