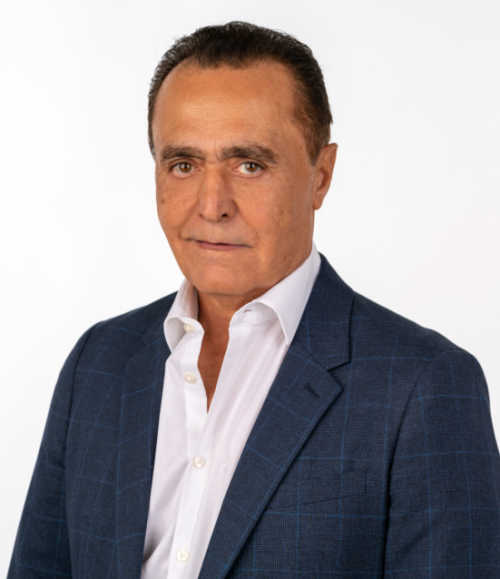 The Miami Downtown Development Authority has released a 2021 report highlighting the real estate projects that are transforming Downtown Miami into a global destination for businesses as well as residents. The 33-page report, called The Future of Downtown Miami, incorporates all the real estate developments that are currently under construction and planned. In total, 38 commercial and residential projects are promising to reshape the downtown Miami skyline. Most of the developers behind these projects have decades of experience in turning long-time neglected areas into trendy neighborhoods, especially in cities such as New York. Case in point, developer Yair Levy spent nearly two decades turning neglected iconic buildings in Manhattan into luxury condos before turning his attention to downtown Miami. Levy, who recently relocated to Miami, heads New York-based Time Century Holdings, a real estate investment and development firm. Levy is currently transforming the former Metro Mall in the heart of the jewelry and diamond district in downtown Miami into a luxury jewelry exchange. The project, which is featured in the Miami DDA report, is currently under construction. Scheduled to open in mid-2022, the development will open its doors with a new name: Time Century Jewelry Center.

“The Miami DDA report is a great research tool for anyone who needs to know what is happening in downtown Miami and the players behind these exciting projects,” Levy said. “I am grateful the DDA recognized the transformative impact that Time Century Jewelry Center will have on downtown. Designed by Kobi Karp, our building will inject new life into an entire city block and attract jewelers and jewelry enthusiasts from around the world.”

“The [Miami DDA] area has seen a significant wave of residential and commercial development over the past ten years, with notable projects such as Brickell City Centre and numerous residential condo projects,” Justin Oates, Vice President of Cain International, which co-developing 830 Brickell told the DDA. “This wave of development really sets the stage for what I feel is a tipping point in the growth of Downtown Miami and Brickell. The growth of the past ten years has created enough critical mass of population, jobs, and infrastructure within the urban core that we are likely to create a virtuous cycle of continued development in these areas over the next 3-5 years. Downtown Miami and Brickell are [now] the strongest submarkets of Greater Miami. What was once seen in South Beach has migrated across the bay to a true, successful, 24/7 city environment.”

Downtown Miami is currently on fire due to a sudden migration of residents and companies from the Northeast and California. For example, the Miami DDA recently announced that eight companies with nearly 700 jobs will move to downtown Miami as a result of its "Follow the Sun" campaign.

Luxury condos are also seeing a renewed interest. For example, Miami’s Missoni Baia and the Una Residences towers have secured more than $74 million in sales - mainly from US buyers - within the last 60 days. Both condo towers are being developed by the OKO Group in partnership with Cain International.

Levy has also experienced a noticeable increase of prospective tenants inquiring about leasing space at the Time Century Jewelry Center.

“We are hearing from jewelers from New York, California, Europe and Latin America,” he said. “Miami has reached a new level of sophistication and that is reflected on the type of companies that are looking to either relocate their headquarters or open a location in this city.”

Time Century recently secured a new lease with Istanbul-based Markaled, which has served luxury shoppers across Europe for over a decade. Time Century will boast four floors of luxury jewelry retail and wholesale space as well as four additional floors of offices. The retail space is nearly 60 percent pre-leased. A large three-story atrium with newly designed escalators and computerized directories will seamlessly direct customers throughout all levels. Most tenants will have unobstructed signage viewable from the main floor. Customers will also benefit from Time Century’s valet parking service and the several newly-built public parking garages steps away from the building.

Located along NE First Street and E. Flagler Street, Miami’s vibrant jewelry district is home to more than 400 jewelry stores in a four-block radius. The district generates close to $1 billion in sales annually. The area has easy access to MetroRail, People Mover and the Brightline train, connecting Miami to Fort Lauderdale and West Palm Beach. The district is minutes away from PortMiami, known worldwide as the "Cruise Capital of the World." Millions of tourists visit Downtown Miami each year and many more are expected to arrive as soon as the Brightline commuter train opens a station in Orlando, connecting Miami tourists to Orlando’s theme parks.