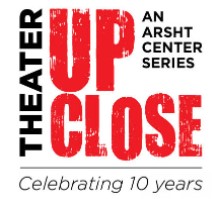 THE TENTH ANNIVERSARY SEASON OF THEATER UP CLOSE

in collaboration with Zoetic Stage and City Theatre

Miami, FL – May 3, 2021 - The Adrienne Arsht Center for the Performing Arts of Miami-Dade County (@ArshtCenter) is proud to announce its lineup for the 10th anniversary season of THEATER UP CLOSE created in collaboration with Zoetic Stage (@ZoeticStageMIA) and City Theatre (@CityTheatreFL). The Arsht Center’s Theater Up Close series returns with five extraordinary productions, including one world premiere and two South Florida premieres.

In just a decade, THEATER UP CLOSE has become a showcase for Miami actors and playwrights as well as an opportunity for the community to enjoy critically-acclaimed new work from around the country. The series has long reflected South Florida’s vibrant theater community by its ongoing collaborations with local theater companies Zoetic Stage and City Theatre, earning 42 Carbonell Awards and 112 nominations. The Center is proud to have presented a total of 52 productions with an almost entirely local cast and crew as part of the Theater Up Close series. The series has included 13 plays by local playwrights, 12 world premiere productions and 17 South Florida premiere productions since its inception.

“Now more than ever, it is imperative to showcase some of the incredible theater South Florida has to offer with the tenth anniversary of our award-winning THEATER UP CLOSE series,” said Liz Wallace, vice president of programming at the Arsht Center. “We are proud to have preserved most of the originally-scheduled THEATER UP CLOSE season shows, and we are so grateful to our artistic partners at Zoetic Stage and City Theatre for being able to safely bring back the irreplaceable experience of live theater for audiences to relish once again.”

The THEATER UP CLOSE series gratefully acknowledges the founding support of Adrianne and Jerry L. Cohen.

Five-show subscription packages are available now starting at the early bird rate of $169* until June 11. Packages after June 11 start at $194. Subscriptions can be purchased now through the Adrienne Arsht Center box office by calling (305) 949-6722, or online at arshtcenter.org. Tickets for individual performances will be announced at a later date.

Our focus continues to be on keeping our guests, artists and staff safe. We have implemented a series of new measures for everyone’s safety and peace of mind. All guests will be required to maintain their distance, wear a face covering and participate in a brief health screening. For more details about our new safety measures, visit here.

Programming for the 2021-2022 THEATER UP CLOSE SERIES includes the following:

One of the great horror stories of all time, Mary Shelly’s classic tale of gods and monsters  still fascinates two hundred years after its 1818 publication! First presented at the National Theatre in London, directed by Danny Boyle and starring Benedict Cumberbatch, Nick Dear’s adaptation is highly theatrical and surprisingly relevant. Employing striking images and beautifully poetic language, the play explores the very nature of good and evil, brought to life with thrilling and heartbreaking results.

From the Creature’s first moments on stage, as he writhes naked out of an organic pod, the audience is swept into a breathtaking whirlwind of emotional storytelling through imagery and movement.

With daring and stylized staging, comes a humane, insightful retelling of the original story, focusing on the plight of the creature and his desperate journey to fit into a world that doesn’t want him. A theatrical event like none other.

’Tis the season to celebrate with a “spirited” holiday classic! Jacob Marley’s Christmas Carol is, of course, spun off from Charles Dickens’ beloved ghostly tale. But in this marvelous theatrical retelling, the redemption story shifts from mean, old Ebenezer Scrooge to his former business partner, the long-dead, hilariously bitter, chains-rattling ghost, Jacob Marley.

Jacob Marley’s miserable afterlife has been stretching on forever when, on Christmas Eve, he earns a chance to change his fate — if he can change the unrepentant Ebenezer Scrooge! Like the desperate apparition he is, Marley drags a terrified Scrooge from his bed into his worst nightmare as the two old frenemies journey into the past, present and future.

Tom Mula adapted his own novella based on the familiar story to create his now popular play. Audiences will delight in the surprising twists and turns of the storytelling, and the inspired tour de force of one actor magically transforming into 18 roles. In a production that is intimate and spectacular, Jacob Marley’s Christmas Carol is spooky fun and a festive treat that makes for “a splendid and invigorating evening” (The Chicago Tribune).

Accompanied by his millennial children, a Cuban man returns to the country from which he escaped 50 years ago on a quest to recover a precious family heirloom. Together, the family embarks on a journey of closure, truth, and cultural connection.

Through a series of misadventures with funny and fascinating locals, Carlos, Michi and Danny find themselves in a place frozen in time, but surprisingly familiar. “GringoLandia” promises to be a uniquely theatrical experience with live music and video. A mixed-media-event that will transport audiences to the beautiful, yet heartbreaking, island that is so close, and so far away.

Hannah Benitez is a fresh and vital voice emerging in the world of theater. Benitez was recently listed as one of the playwrights to watch from American Theatre Magazine.

This fascinating new play is by this gifted young Latina playwright explores the collision of two worlds, and the importance of accepting our past in order to move into the future. Once again, Zoetic Stage takes great pride in finding and presenting exciting new work by local writers.

Music and lyrics by Stephen Sondheim

This beloved Sondheim musical explores the tangled web of affairs centered around actress Desirée Armfeldt, and the men who desire her: a lawyer by the name of Fredrik Egerman and the Count Carl-Magnus Malcom. When the actress performs in Fredrik's town, the estranged lovers' passion rekindles, affecting everyone around them. As fresh today as when it first appeared on stage, this musical masterpiece explores class, fidelity and the human condition with humor, warmth and elegance.

Inspired by the Ingmar Bergman film Smiles of a Summer Night, it first appeared on Broadway in 1973, starring Glynis Johns and Len Cariou. It went on to win 6 Tony Awards, including Best Musical, Best Original Score and Best Book of a Musical, and has since played in theaters around the world.

Hailed by The New York Times as "Sophisticated and Enchanting," this now classic includes some of Sondheim’s most lush and beautiful music including “The Miller’s Son,” “A Weekend in the Country” and the chart-topping “Send in the Clowns.”

A New York Times Critic’s Pick by South Florida’s own Alexis Scheer. In this fierce, pitch-black comedy, four teenage girls gather in a Miami tree house to summon the ghost of Pablo Escobar. Are they messing with the actual spirit of the infamous cartel kingpin? Or just each other? Whiplashing back and forth between laugh out loud humor and stop-you-in-your-tracks drama, this wicked new play explores the darkest corners of the human heart.

Last season, “Our Dear Dead Drug Lord” enjoyed a highly successful, extended run Off-Broadway, a co-production of Second Stage and WP Theater. Theatre Scene called the play “the work of a born playwright and a unique new voice.” Scheer is a Miami native and New World School of the Arts alum. She holds a BFA in Musical Theatre from The Boston Conservatory and MFA in Playwriting from Boston University.

Intimate in nature, yet universal in its ability to explore the need to connect, the play is an unflinching and powerful reminder of what it means to be human. As it races to its startling conclusion, audiences will be left catching their breath. A rollercoaster ride through the dark and dangerous mind of the modern American teenage girl by gifted Miami playwright.